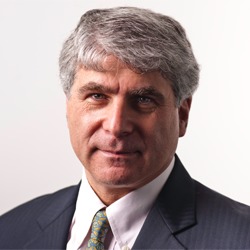 Rodney Schwartz has been communicating in writing for his entire professional life, primarily about companies, markets and financial policy, but with an uncontrollable tendency to stray into related and unrelated areas of interest.  His background is primarily as a financial services analyst and investment banker, but he has also run the Equities Division in Europe for (now defunct) Lehman Brothers.  He ceased his work in “proper” finance in 1997 and became a venture capitalist, investing in “dotcommery” and fintech.

In 1999, afflicted by guilt and challenged by advancing age, he began his “journey from the dark side” and eventually came to found ClearlySo, Europe’s leading impact investment bank, which he still has the delightful privilege of running, so long as his colleagues deem his services useful.  Rodney has advised many companies, serving on the Boards of companies ranging from AXA Investment Managers and Winterthur Life (UK), and also as Chair of Justgiving, Shelter and Spacehive.  He feels his analytical background and some painfully-earned practical experience have taught him much about why businesses succeed and fail.

Rodney particularly enjoys teaching and is a regular lecturer on Impact Investment at the Saïd Business School at Oxford, but is increasingly going further afield to do so—in countries such as Latvia, Spain, Turkey, Lithuania, France and in particular, Germany.  He has also published three papers on impact investment and its history.

He set up this blog site so that he can “sound off” on various issues on a personal basis, without doing harm to ClearlySo, and also to address the wide range of topics unrelated to Impact Investment.