On face value, the decision to move the Office for Civil Society from the Cabinet Office and into the Department for Culture, Media and Sport is a bit puzzling. Which bit includes us? Are we part of culture, media, or sport? It is hard to say but, in this regard, government is similar to the corporate sector. Things and people have to report to somebody, somewhere and cannot expect what they do to be in the title of the division. Secondly, Karen Bradley, the new Culture Secretary, might turn out to be terrific. At this point, one simply has no way to judge.

From what I have read, the charity and social enterprise sectors are in uproar. about the move. I suppose some of the consternation stems from the fact that we were very much the darling of government, and now feel, well, a bit jilted. Three successive governments (Labour, the coalition and the Conservatives under David Cameron) devoted a great deal of attention to the third sector and impact investment.

For Cameron, this was one of the centrepieces of his big society programme and seen as a critical path in delivering positive social outcomes in fiscally constrained times. Our sector has been subsequently subsidised, championed and the subject of unrelenting ministerial love. This was capped off in making our area a centrepiece of the recent G8 summit in London a few years ago. The global social impact investment task force sprung out of this and its work continues.

But this highlights the risk of too close an alignment to any political party or individual. When they are replaced, as is inevitable, the factors that brought the sector into favour will work in reverse. What is clear is that the new Prime Minister, Theresa May, is establishing her own legacy and those programmes that are seen as ideologically close to her predecessor might be in jeopardy.

What many fear is that the largesse that has been lavished upon the sector will cease. I do not speak here of the charitable sector, which is potentially facing a serious crisis and in which I have very limited expertise, but the impact investment sector.

For the impact investment sector, I have some reservations, which I have expressed publicly, about the extent of subsidy we receive and its distortive implications. In a number of programmes, I observed it driving behaviour and not facilitating it — an important difference. I have also been a long-standing critic of tax credits for impact investment, believing them inappropriate at a time of severe fiscal constraint, especially as they predominantly benefit the wealthy.

I do, however, see a silver lining for the sector; one which stems from my deep-seated belief that impact investment and the values-driven enterprises it supports stand on their own merits. High-impact enterprises can benefit from lower cost of labour and capital, higher prices for their products and high visibility. They generate substantial positive externalities which governments, one way or the other, are going to need to pay for, and increasingly will pay for as commissioning shifts to outcomes-based systems. Investors, corporations, and consumers value the positive impacts these enterprises generate and this is increasingly being incorporated into their investment and purchasing decisions. Maybe now impact investment and social innovation will flourish, not as a pampered child but as a great idea whose time has come. 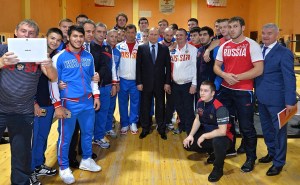