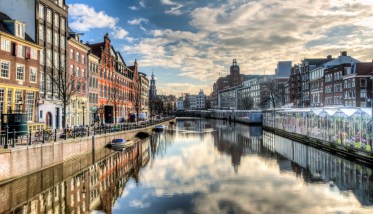 At the end of August, we learned that the EU ordered Apple to pay a record EU13 billion in back taxes, as it determined that deals with the Irish Government allowing the US company to avoid taxes were illegal. This follows on from EU decisions in October to charge both Starbucks and Fiat EU30 million each, which it claimed was payable to the Governments of the Netherlands and Luxembourg, respectively, utilising similar arguments.  Both Apple (unsurprisingly) and the Irish Government were expected to challenge the decision, but it raised the stakes in an ongoing battle over fair taxation.

Interestingly I have not found that anyone is claiming that any of these firms engaged in criminal activity.  It seems to be accepted that all three operated within the law, but the law has been judged to have been unfair, or unfairly applied.  I am certainly no expert on such technical issues, but this struck me as an interesting development—especially given the amounts involved and the high profile nature of these companies.  The EU was stepping in and exercising its authority over national governments to strike deals.  One wonders about the January 2016 deal struck between Google and the UK’s HMRC, wherein Google agreed to a settlement of £130m for past tax liabilities.

In any event, a related news item caught my attention yesterday.  On the front page of yesterday’s Fund Management section of the Financial Times it was reported that Legal & General Investment Management, the Local Authority Pension Fund Forum (representing 71 public pension funds), Royal London Asset Management and Sarasin Partners signed a letter to Eric Schmidt, (the Chairman of Alphabet, Google’s parent company) which raised concerns about the company’s tax arrangements.  What was interesting was that the letter did not challenge the legality of such arrangements or ask if avoidance (which is legal, as opposed to evasion, which is not) was being practised, but if the Chair had “…properly considered the implications for brand value and your license to operate in society”.

This seemed eye-opening to me.  A group of investors was questioning the wisdom of arrangements which, though perfectly legal, might put the company’s “license to operate” at risk.  With a market capitalisation of well over $500 billion, these investors see a great deal at stake in any challenge to this license, and have calculated (without too much sweat, I imagine) that what is at risk greatly exceeds the few billions of taxes that might need to be paid.

Companies involved may see this as an unfair “shifting of the goal posts”, and in one sense it very much is.  What has shifted is the willingness of society to allow large and successful companies to avoid paying the taxes societies deem to be fair.  Where national governments have been reluctant to act, often beholden to powerful international firms, supranational organisations (like the EU) or groups of shareholders are beginning to take action.  They are doing so implicitly at the behest of outraged citizens, perhaps even in part to avoid circumstances where these same citizens wind up taking direct action to vent their rage, for example, by possibly boycotting of the products of companies whose tax policies are deemed overly aggressive.  This would constitute an effective termination of such a firm’s “license to operate”, but one that would be enforced by the power of the marketplace and not via governmental regulation, as is normally the case.

Up until this point we have argued that the increasingly important third dimension to investing (impact, instead of just financial return and risk), which underpinned the development of impact investing, was predominantly a reflection of externalities, where hidden costs or benefits to society bubble up to the surface.   Where companies use completely legal means to avoid paying taxes but free-ride on the economy available to all has not been something we considered as part of this equation previously, and it certainly did not seem on the agenda of investors, whom it was felt implicitly encouraged minimising taxes paid.  It now seems we should, and will.  Times are most definitely changing………